Sunday, Nov. 21, at 12:00 17th century music will be played in the Bauska Castle Museum by students of the JVLMA Department of Early Music and the Lithuanian Academy of Music and Theater, as well as by JVLMA lecturers.

During the cooperation project “Historical Road: Raudondvaris-Bauska” with the main goal of the project to increase the number of visitors to project locations during the non-tourist season / winter months with various activities are planned.

One of such activities is a series of winter concerts of early music. In order to prepare the concert program, creative residencies of five music groups of early music (both Latvian and foreign) will be organized, which will result in a series of five concerts, from November to March, with concerts in Bauska Castle and Raudondvaris Manor.

The first concert be presented on November 21 at 12:00 in Bauska Castle Museum and later that day at 18:00 in Raudondvaris manor. The concert will feature students of the Jāzeps Vītols Latvian Academy of Music (JVLMA) Department of Early Music and the Lithuanian Academy of Music and Theater, as well as JVLMA teachers with a music concert “Musica gloriosa”. music by Italian composers of the first half of 17th century.

The Department of Early Music has been open since 2005, under the leadership of the founder of the department Maris Kupčs, taking care of educating young talents in the music of the past centuries, based on the introduction of the essence of the world-accepted concept “Historically Informed Performance” in both the research and performance of music and cultural processes.

During the residency and in concert, students will focus on Italian music of the first half of the 17th century, paying special attention to the genre of sonatas and songs, the use of rhetoric and ornaments of that time, the specifics of the Italian language, through in Baltic region not so very often played Italian composers such as Barbara Strozzi and, Dario Castello Biagio Marini, Giovanni Battista Buonamente etc. 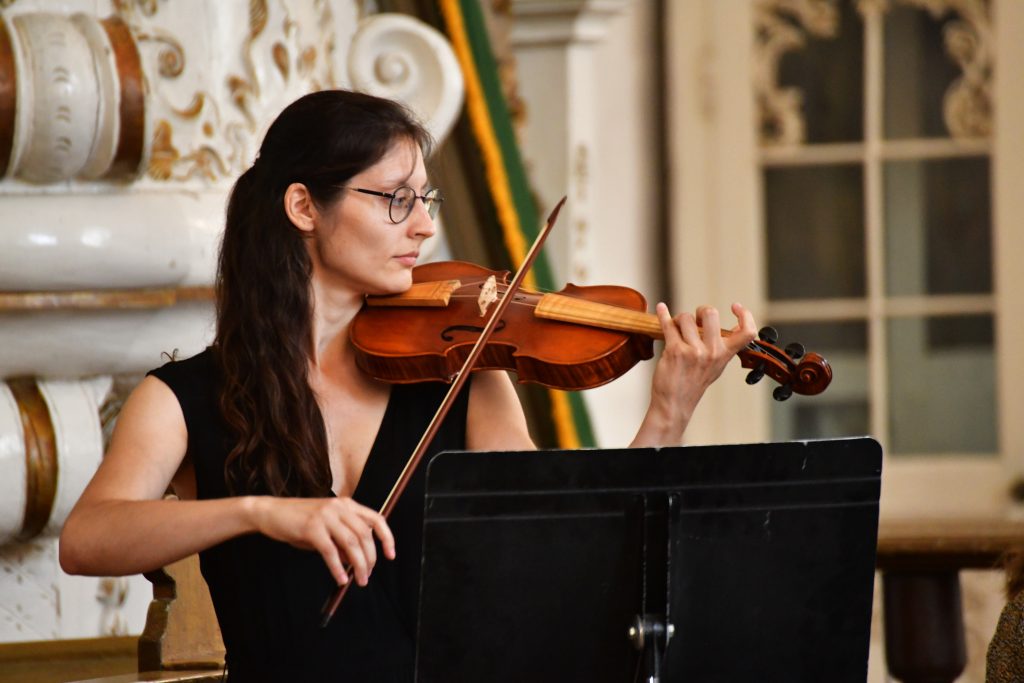 Participants of the concert:

Winter concert series are organized by the Riga Historical Theater and Music Society in cooperation with the Bauska Castle Museum with cooperation of Jāzeps Vītols Latvian Academy of Music, the Riga Early Music Center and the Vicenza Conservatory (Italy).

While in the concert: it is a must to wear face mask and keep a safe distance. Cough and sneeze etiquette must be followed.