On the 15th December at 17:00 in Bauska Castle Museum and on 16th December at 18:00 in Raudondvaris Manor, we kindly invite you to enjoy the early music evening! 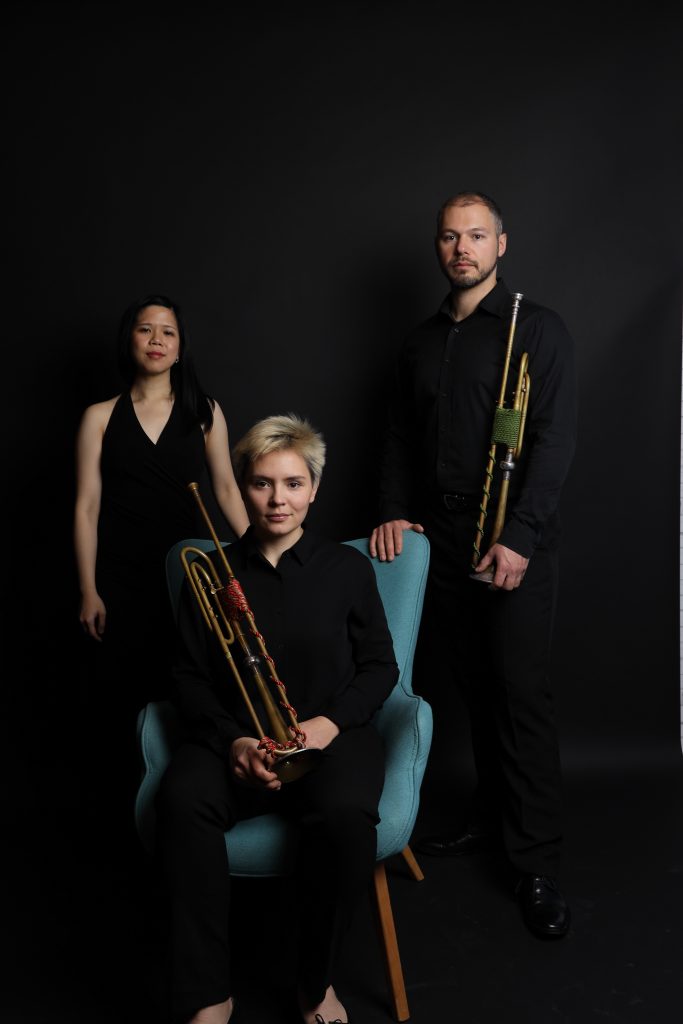 “Sua Dolce Maestà” is an early music ensemble with historical trumpets based in Germany and the Netherlands that performs and promotes ancient music with historical trumpets. The name “Sua Dolce Maestà” plays on the idea that the trumpet, which has long been a symbol of power, can also enchant with beautiful melodies. Through the trumpet, the musicians radiate strength, paint horrific battles, tell stories about their feats and sing about love. Sua Dolce Maestà is made up of historically informative performance professionals united by the use of rhetoric and common musical ideas and approaches. The members of the ensemble are graduates of the Hochschule für Künste Bremen (Germany) and the Koninklijk Conservatorium the Hague (Netherlands). Their portfolio includes regular concerts with well-known early music ensembles throughout Europe.

While in the concert: it is a must to wear face mask and keep a safe distance. Cough and sneeze etiquette must be followed.

This second concert is a continuation of series of winter concerts of early music. The first one ”Musica gloriosa” took place back in November where students and teahcers of the Jāzeps Vītols Latvian Academy of Music (JVLMA) Department of Early Music and the Lithuanian Academy of Music and Theater performed music of the 17th century Italian composers. In preparations for the concert program, creative residencies of five music groups of early music (both Latvian and foreign) will be organized, which will result in a series of five concerts, from November to March, with concerts in Bauska Castle and Raudondvaris Manor.